Jane_The_Killer1 (Harley Quinn) published on October 22
2 quizzes3 stories42 questions9 polls24 pages
Be the first to add this question to starred list!
▼Scroll down for more questions▼

ne_lly969_the_killer
here u go the link bc i am to lazy to write it here lol https://creepypastafiles.fandom.com/wiki/Masky#:~:text=The%20nickname%20Masky%20was%20originally,Creepypasta%20character%20nor%20a%20Proxy.
reply

Emoshadowqueen
Here’s all i could find.

Masky is notable for being one of the major driving plot devices in the series and being a recurring character. Masky's actions and the theories surrounding him have lead to the concept of proxies being created, although Masky himself (nor Hoody), have ever been stated to be proxies. It is also worth noting that Masky actively works against The Operator meaning he would usually not be considered a proxy. Masky is generally regarded as a mysterious antagonist; See More▼ however, his actions in saving Jay and Jessica from being murdered by Alex in Entry #52 might suggest otherwise.

In Entry #85, Alex infiltrates Tim's apartment and sprays lighter fuel all over the house while Tim watches in hiding. Alex challenges Tim to face him should he survive the burning of the house. Tim escapes the house with his car keys and his pill bottle as Alex sets the house alight. Tim declares that now that Alex has taken everything from him, he has no restraints and will go after Alex.

In Entry #86, Tim confronts Alex at Benedict Hall and they start fighting, only to encounter the Operator, who interrupts by teleporting them to various locations before sending them back. Tim eventually gains the upper hand in the battle and fatally wounds Alex by stabbing him in the neck. Tim leaves Alex to die from his wounds offscreen and drops his camera as he collapses at the end of the video.

Entry #87 explains that Tim is still alive and plans to leave the area. He uploads the words "Everything is fine" along with a 5-minute video.
reply

Jane_The_Killer1
ok will go on
reply
on October 22
Report

Little_lost_Alice
@Jane_The_killer1 i only found this
reply
on October 22
Report

Jane_The_Killer1
its for a friend not me
reply 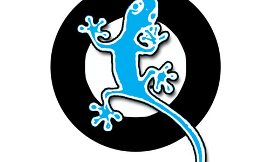 What if Qfeast went even more mobile?

I just got curious on the thought like, what if there's apps for them on Ipho...
1 / 2 by LuciferCroce

how fast is sonic REALY

What are your search suggestions when you try to search "How to" on google? 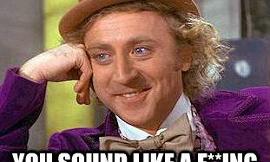 Why do people say Yolo?

Yolo is the most retarded word I have ever heard and it makes me wanna scream...
17 / 1 by Stop_F0cking_Saying_Yolo 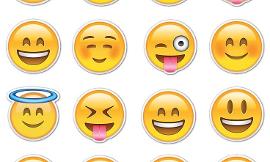 What is your favorite emoji? (1)

Who do you think is best girl from MHA?

Toga is best girl
4 / 2 by AishiAyano 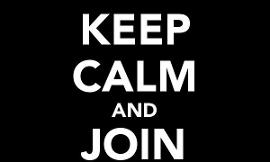 Is This Quote Basicly "you"

I love this quote and have lots of fandom so u wanted to see how you all fee...
6 / 2 by LostBoy

GHOST and Pals is a vocaloid
0 / 0 by Danganronpafan

Is It just me or is Midas from fortnite really hot?

I mean like that hair and the whole rich and a badass thing. like yeah probably had a crush on Midas since like 8 months ago. Also not my art
4 / 3 by UwUshibe

As of the people who are still online on Qfeast,who is the most happy?

Lol i was bored and this popped into my head
6 / 3 by Your.local.idiot

Who wants to be in my chatroom on messages?

Who likes dnd on here?

If you were a candy what kind would you be and why?

Okay I would probably be a dark chocolate with strawberry jam inside because I can be bitter on the outside but once you get past the bitterness you can get the sweetness, also it was a pretty fragile chocolate and I guess I ca...
3 / 4 by Davey_Miller

How do you tell your Ex you still like him?!

Ok ok, so I've known him since my second year of high school and we have dated in the past. but he left without telling me and i've been thinking about him since then. we got in contact again over summer and we've been chatting...
2 / 1 by Yuzu_Senpai

who wants to see my valentines day dress i wore last year?

I can still wear it but I’m not posting a picture of me in it it will just be the dress, jacket and necklace i wore
1 / 0 by Emoshadowqueen

I am a cute POTUS.

Remove the third letter of your first name if you have two parts to your name remove the 3rd letter of both Whats your new name?

My new name would be... Shi-Ane. Hmm, not that far from my actual name but whats yours??
6 / 0 by AishiAyano

Write your name backwords, it's your demon name. Who are you?

Which Skillet Album is better?

If i was ready for a relationship would you want to possibly date me?

What Pitch Perfect part is better?

Is it weird for guys to think you wear makeup?

I mean, come on. one of my guy friends came up to me last year and was like "you know, a bunch of guys think you wear makeup". i was surprised cause I never wear makeup cause i dont want to look fake. the closest thing is chaps...
2 / 2 by BlueTheQuizWhiz97

What does it mean when your ex casually calls you babe?

ay yo someone do my biology homework please and thank u

I like one of my friends but shes two years older then me,and i feel like i have no chance with her. What should i do??😭😭 oh and shes taken.
3 / 2 by Your.local.idiot

If i left, how would you feel?

Did you like Hamilton if so what was your favorite song/s?

I LOVED HAMILTON especially the king. My favorite songs were my shot, just like my country, ten duel commandments, history has its eyes on you, and who lives, who dies, who tells your story... what about you?
0 / 0 by Emoshadowqueen

Give me a nickname only u can call me

If you were a candy what kind would you be and why?

Okay I would probably be a dark chocolate with strawberry...
3 / 4 by Davey_Miller

Write your name backwords, it's your demon name. Who are you?

What are some of your favorite words?

wht should the back ground of my art work piece be

hown many people r hated by there fam?

wht if i told u i no like food and dont eat most of the time?

who on here is part of the LGBT community?

Y is there science in life?

wht is the color purple?

do u guys get bored in school

how long have u been on qfeast?

Do you think I should make more quizes if u took the quiz i made plz answer this question?

how many of yall do art work?

Who Is your all time favorite Creepypasta Character?

who thinks they r stupid?