Wofford23 published on May 10, 2012
1 question
Add this question to your starred list!
▼Scroll down for more questions▼

Dedeea
You are a little stressed, we all have gone through this period of life. You should think that everything will be fine and that life is worth living, just think positively, laugh and have confidence. Be sure that you are one of the best and you can prove it; tell your mother, she certainly will support your other plans that you have; believe in God, pray for you and yours and have trust in life, you will see things different.
reply
on May 10, 2012
Report
Answer Link
↑
1
↓

madison1
ok im going to tell you what to do k? now get your butt off the computer and tell your mom everything she is gonna find out sooner or later and try out for different university try that and let me know if that works ok?
reply

Dedeea
My advice to you is to trust yourself, and maybe if you will read some books of self-knowledge (psychological) you will find yourself. good luck and take care!
reply
on May 10, 2012
Report
Answer Link
↑
1
↓

toxicflutterbae
you can find your identity in christ. jesus did die for your sins, and rose three days later.. i know its confusing that "why would he let all this evil in the world when we are supposed to be his children? why do we have to pray for the things we want when he says no? why does he not fix my hurt? why is he letting people suffer like this? why?" well.. he lets evil into this world because of freewill. he wants to know that we would choose him over evil. if there was no evil then See More▼ we would HAVE to choose him.. thats why thereis evil because there is freewill. and sometimes he says no.. sometimes he has to in order for you to reach your true destiny, make you stronger, let less worse things happen later on, or make better things come along as a result, such as "God, why did you not make my car start today?.. i had work today and i couldnt get to work because my car wasnt working.." "i did let your car start because the highway that you are supposed to get on to get to work, there was a huge car crash on and you wouldve gotten killed.. i did it for your safety." i know this world is confusing.. but God does things for a reason.. he truly has meaning, GOOD meaning, behind everything he does.. trust him with his works and you will reach your true destiny. read the bible and you shall find your true identity in him! :) "for those who acknowledge my father before man, i shall acknowledge before father and he shall let them into the heavens, but for those who deny my father before man, i also shall deny before my father and he shall deny letting them into the heavens". live on that scripture. :)
reply
on April 25, 2014
Report
Answer Link
↑
0
↓

Nightcat
I don't really know who I am either...
Usually I ask God what he has planned for me, what should I do. I don't really know what kind of person i am yet, but I'm only young so eh. Sounds like you've been brought up a Christian, but don't really have a relationship with God. Same with me, but you just need to look for him. He's there, he wants you to get to know him better :) it can be a bit hard talking to him at the start though, trying to figure out when it's him talking not See More▼ you thinking. But it gets easier with time, so don't drift away from God.
Btw I'm not just a preprogrammed religious robot trained to say this stuff, I really doubted it for a while. But I've met a few people, heard their life stories and what following God means and why, and it makes sense. I've felt his presence, like when someone really important walks into a room. He's there, you just need to talk to him.
reply
on April 17, 2014
Report
Answer Link
↑
0
↓

WWEChampion20
jump off a building and die...
reply

What do you think these statistics mean?

According to the US Census Bureau, the current population of the United State...
2 / 0 by Sarayudesert 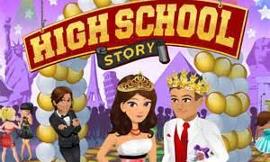 How do you feel about High School story?

What's the difference between a college and a university?

Looking for help with textile course!

compare the structural behaviour of timber

3. Compare the behaviour of timber, steel and reinforced concrete structural ...
2 / 0 by cooling79

Do women who don't cook, do they last long in a marriage or a relationships?` 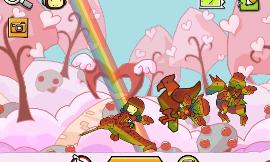 What would your dream job be? Mine is to become an art teacher!
17 / 0 by thatsssanicequizzzyouhavethere 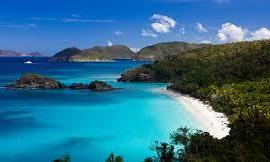 Any tips for pepole going to the Eastern Carriribein?

What is your favorite Creepypasta? Mine is Ben Drowned.
2 / 1 by MidnightAnge