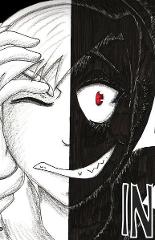 2quizzes3stories4questions10polls142 followers159 following
I am a person who thinks of the moral's of humanity everyday; fails. Then tries again the next day. I am not a philosopher I am simply someone who follow's the idea's of Wisdom.

Petition · Creative Assembly, Sega: MAKE TOTAL WARHAMMER COMPLETE ON RELEASE · Change.org
https://www.change.org/p/creative-assembly-sega-make-total-warhammer-complete-on-release?recruiter=346824920&utm_source=share_petition&utm_medium=copylink
This is a Request to the Developers of Total War™: WARHAMMER®. With the recent announcement of the Total War series going into the World of Warhammer, long time fans of the series were eager to learn more. Without divulging more than a few basic details of the game, Creative Assembly and Sega announced a Pre-Order only bonus in the form of a DLC. The DLC contains the Chaos Warriors race which has been seen in the trailers as a nearly completed, if not completely developed, race. This comes 6 months in advance of the sales which strongly supports the suspicions of Cut Content. The Total war Community have been very vocal on past grievances with Rome 2's disastrous launch, the endless DLCs, and a need to make the game an overall complete experience. App
reply
Subscribe
on November 15, 2015
Report

The ship page for anima, qfeasters , and homestuck

(Ship ship all day long )ship what ever you want I just had to put ship homestuck and anime and qfeast ships
7 subscribers 1 member fully opened profile pageby Mindfang
on November 11, 2015

SAO Abridged Parody: Episode 08
https://www.youtube.com/watch?v=6TNF9YRTKlg
This video is a fan-based parody. Sword Art Online is owned by A-1 Pictures, Aniplex USA, and Reki Kawahara. Please support the official release. CAST (By or...
reply

Therightofthedead
That is not a very sportsman thing to do.
on November 15, 2015
Report

Therightofthedead
They copyright claimed it.
on November 15, 2015
Report 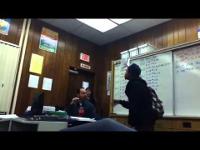 For all you Ice Bear fans, this is where yal can post We Bare Bear pics and stuff
16 subscribers 3 members fully opened by Taki_the_Manokit
on September 02, 2015

Therightofthedead at The Sorry Page
I sincerely apologize to everyone who likes me because I am honestly a, though honest, douche. So I apologize if you ever block me because well I'm a horrible person and deserve it.
reply
Subscribe
on August 27, 2015
Report

post a quote from anything and everything and other users can try to guess who says it! HAVE FUN!
7 subscribers 1 member fully opened profile pageby Paraboilc
on August 26, 2015 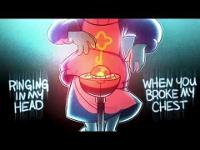 Therightofthedead to ThatRandomGirl33
Thank you for following.
reply
Subscribe
on August 18, 2015
Report

Remember those shows you watched when you were little like The Upside down show? Well let's take a trip down memory lane.
37 subscribers 1 member fully opened by Deku_Deku
on August 16, 2015

H.O.V.A to Therightofthedead
Bam you are dead! XD
reply

Therightofthedead to Kanya888
Thank you for following.
reply
Subscribe
on August 14, 2015
Report

Therightofthedead to Lightstriker195
Thank you for following.
reply

Therightofthedead to MeowMeowMarta
Thank you for following.
reply
Subscribe
on August 14, 2015
Report

Do you have over 100 followers? Here is the place for everyone who does to hang out :D Become a member if you have 100+!
68 subscribers 52 members fully opened profile pageby MischiefManaged
on August 14, 2015

Therightofthedead
My second quiz is horrible.

Angel, demon or something else

Demon
You have fallen from the comforting light of the sky to the blazing light of what lies so below; you punish the wicked and weak alike with no sympathy you are the embodiment of punishment with a cold sense of justice that all fear.
comment
Subscribe
on August 12, 2015
Report