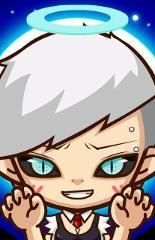 1story1question52 followers55 following
So as you may know... I'm not just Irish... And I'm not just Italian... I'm the Gaelic Cagna!
So for you cultural people out there...
KISS ME ARSE!~ See More▼

~*ERROR*~
Excellent pun Master has been found.
If you value your life in Death Note, do not strike conversations around me.

~*NOTICE*~
I do make a lot of racial jokes BUT that does not mean I am rascist! I am biracial and I make fun of any culture, as you can tell I love my Italian and Irish sides the most, but that's because they are what makes me me.

GaelicCagna
Okay, so I'm slowly recovering but this is much more painful than I thought. It hurts to laugh or do anything, hope my incisions stay close and heal well though.
reply

eieio
Where are so staying right now? Hospital?
on April 04, 2016
Report

GaelicCagna to cancerousapathy
Hey you-.
If we ever get a new house we need to hangout again.
Because like I miss you, and you're fun-.
reply

eieio to GaelicCagna
Are you back for good? You come on rarely now...
reply

GaelicCagna
You need to try the stuff we get or make.
on March 14, 2016
Report

GaelicCagna
Hmm.. I think I should take my bio off my roleplay account on Facebook and add it to this one.. Yea, more descriptive in a way.
My persona however, looks like me but different colors-.
No life.
reply
Subscribe
on March 11, 2016
Report

cancerousapathy to GaelicCagna
"I like pepperoni sasuage in my butthole"
reply

GaelicCagna
I need to update my bio, but the friend part will be hard.. Because I know people has changed their usernames and there is a possibility some people may not see me as a friend no more, I don't know I guess I'll wait till I have wi-fi to know better.
reply
Subscribe
on February 13, 2016
Report

eieio to GaelicCagna
Hi!! I missed you!!! I was Markimoo!! Do you remember me??
reply

GaelicCagna
Well, I still have two old Facebook friends and one Tumblr friend, that's all.
on February 09, 2016
Report

GaelicCagna
It's been so long and I'm sure many people had changed their usernames, Welp.. Time for me to start my guessing game until I figure out who is who.
reply 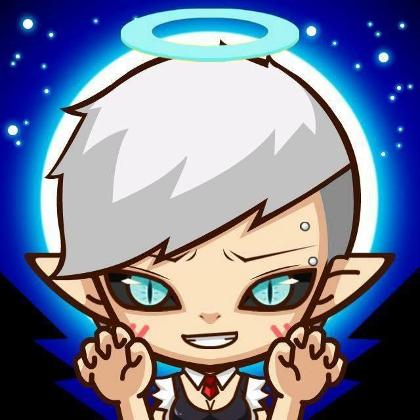 GaelicCagna at Asylum RP
Name: Lee Rock Akatuski
Age: 8
Disorder: Shizophrenia
Hobby: Drawing, singing, making stuffed animals
Family: Dante Wolfbane (Adopted Father), Zoe Wolfbane (Adopted Mother), Tasha Wolfbane (Adopted Sister)
Backstory: One day she was attacked and left for dead, everyone assumed she was until a strange male had picked her up and took her in. It was then that they found out Lee was still alive but she had lost her memories, she barely even remembered her name and she lost all thoughts See More▼ of her true family. Dante has cherished Lee ever since and Tasha always got jealous over it, always hitting on her or even getting her in trouble for no reason. Often times when punished Lee was left in the basement, there awas when her schizophrenia set in and her ability to see ghosts showed up. When she would speak of the ghosts everyone thought she was crazy, until one day when the ghosts told her to kill her mother and she did. This had enraged Dante and Tasha had got what she wanted, Dante had then took lee to the Asylum and left her there until she was known better.
Extra: She can see ghosts and speak with them, she can even feel them and oftenly she ends up with bruises from them which is unknown to doctors
reply
Subscribe
on May 19, 2015
Report

Masubii_Chan to GaelicCagna
Who's the character you keep posting about...? I'm a tad bit interested to know...
reply

GaelicCagna
I have a goal of wanting to keep it the same amout between followers and following... So I probably won't follow people much myself unless they follow me first because OCD-.
reply
Subscribe
on April 07, 2015
Report

GaelicCagna
Okay a warning to most people... Never, and I mean NEVER, get in a fight about the politics with me because it pisses me off SO f*cking bad you do not understand. I know what kind of sick and twisted world I live in an America is not what you think it is, this is no dream land and sure as in Hell will NOT call me an America! I am Italian at heart and Irish by action and I am not American until I take the citizinship test. No one is American UNLESS you take the citizinship test See More▼ and pass and/or you are in the military, navy, etc... WE ARE NOTHING BUT PAWNS IN A FALLING NATION, I am not proud to be an America, I am just a girl lost and wanting free from where I was held... We all are Britsih mixed with other ethnicities, there is no such thing as Americans... That is just what we are called for being born here. When Columbia came here, he was British and so was everyone else on that ship... Unless you area Native American and I mean by the true Indian Native American, you are not American but a British mutt like me. Now if you excuse me from being a bitch, I will sit at my computer desk and try so hard of not wanting to punch the shit out of someone or a wall...
reply
Subscribe
on April 06, 2015
Report

GaelicCagna
I have officially thought to myself... I have very little friends and even though I have some.. I still feel so alone..
reply
Subscribe
on March 27, 2015
Report

GaelicCagna
Well... It was quite lonely on here today...
reply
Subscribe
on March 25, 2015
Report

GaelicCagna
How can you people be so confident to take a picture?
I'm so camera shy--.
reply

GaelicCagna at Those. Five. Awesome. Fandom. Words.
I
Hate
You
So
Much!