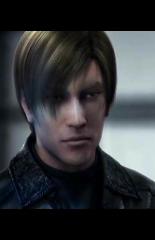 23 followers17 following
I'm a resident evil fan and I'm terrible at writing stories so please try to deal with it XD and My name of course
is Phil I'm 15 yrs old and I would like to try to write some kick See More▼ ass stories with my two best friends @tossedwhisper and @DragonLance103. Ps I hope to make new friends as well ;)

DarkEssence0267 at RockBand - Rising to Fame
Name: Edward Alexander Kennedy
Age: 17
Instrument Role: Guitar player
Personality: Kind, caring, selfless, optimistic (at times)
Backstory: After losing his father in a car accident when he was 5, Edward only had his mother to look up to. Edward's mother has taught him how to play a guitar and ever since he was a child he always wanted to be in a band. Once River reached high school, he has become the best instrument player at his school. Edward also prefers to go by the name See More▼ he gave himself, "Blade". Edward has no moved to a new school and hopes he can keep the same reputation he made in his previous school.
reply
Subscribe
on July 09, 2017
Report

DarkEssence0267 has become a member of the page

Countless bands start off as high school friends or acquaintances, but most don't last to see the big stage. Can you and your band succeed, or will you be forgotten in the sands of time?
1 subscriber 6 members by DragonLance103
on July 09, 2017

DarkEssence0267 at Outbreak : The Untold Stories
Zoey: *panting* Oh my god...no...! M-mom! *falls to her knees and starts to cry* Oh, god why?! Why did this happen to me?! *looks at her mother and closes her mother's eyes and wiped her tears away and picked up the 45cal. pistol* I have to make it...I must be strong, I must fight. I must prove to myself that I have what it takes to survive this! *walks through out the alley*
reply

DarkEssence0267
Zoey: *hearing the man and watching him lower the gun, Zoey took a deep breath*
*hearing Adam's comment, Zoey looked over at Adam* Yeah, seems to happen a lot in this situation.
*she took a breath and looked over at Lily* Everything's okay now, Lily.
*looking over at the man* Are you Robert Kendo, sir?
on March 02, 2018
Report

DragonLance103
Adam: *he was about to turn around when he felt the cold metal of a gun on his back*
???: Who are you? What are you doing here? *the man asked, apparently in shock*
Adam: *putting his hands up instinctively* Hey man, calm yourself! We're just passing through.
???: *he hesitated a moment, as if making sure, pumping his shotgun once before lowering it*
Lily: *she See More▼ let out the breath she was holding in as things started to deescalate*
???: Sorry about that. I thought you were one of them. *making his way to the back door and locking it*
Adam: Damn...*wiping the sweat from his brow, looking over at Zoey* Sure love close calls today, huh?
on March 02, 2018
Report

DarkEssence0267
Zoey: *hearing Adam, Zoey went to the back of the counter to investigate*
*seeing the sleeping bag and other items, she raised an eyebrow* Yeah...it looks that way...
*realizing that they no long had a reason to be there was pretty much non-existent as she looked around at the smashed empty gun cases*
Well...it could be the owner Robert Kendo, but anyone could See More▼ have taken shelter here...since there's not guns we best go before they come back.
on March 02, 2018
Report

DragonLance103
Adam: *following in behind Lily and Zoey, he looked around at the small store*
*immediately in front of him, and to his right, there were counters, with display cases where guns would be*
If there were any left over of course...*thinking out loud, deciding to walk behind the counter directly in front of the backdoor*
*getting bored staring at the empty cases, See More▼ knowing he wouldn't find anything, he looked down and stopped*
*behind the counter, there was a sleeping bag set up, with a few scattered food supplies, and a backpack*
Uh guys...? I don't think this place is abandoned...*knowing someone was using this as their base*
on March 02, 2018
Report

DarkEssence0267
Zoey: *walking they alley and seeing the back entrance to the gun shop* Alright, here it is. *pointing at the door*
*Zoey made her way to the door and she leaned against one side of the door with her 45. Cal drawn*
Alright. We're going in. *she slowly turned the knob, she could feel her heart beat getting faster and she moved her head to take a peek inside the See More▼ room.
*opening the wider and wider, Zoey didn't see any signs of life and she stepped inside*
*Zoey poked her head back outside and said* Okay, it's clear. Come on. *she walked around the store in search of any gun cases*
on March 01, 2018
Report
There are 114 more comments. Show ▼
Subscribe
on June 15, 2017
Report

DarkEssence0267 at Outbreak : The Untold Stories
Name: Daniel Malone
Age: 26
Personality; Greedy, selfish, strong willed
Backstory: Daniel had a rough childhood, constantly being abused by his mother and father. In his teen years, Daniel began to get into drugs and getting into fights in school until he met the girl of his dreams, Jenny Taylor. Daniel vowed to change his ways and eventually graduated high school at 19 years of age. Daniel then became a mechanic and started his own biker club. Daniel and Jenny eventually married See More▼ and after a week of their marriage, Jenny was mauled by the infected in front of Daniel and he lost his mind and now dictates anyway he comes across his path.
reply
Subscribe
on June 15, 2017
Report

DarkEssence0267 at Outbreak : The Untold Stories
Name: Zoey Maxine Kennedy
Age: 17
Personality: Independent, shy, strong willed
Backstory: Zoey hasn't seen much of her father. All she can remember that he always worked to provide for his family and he died in a car accident. Zoey was 4 years old then. After the accident. life has been tough for her and her mother. After her father's death, Zoey's mother, Ellie Kennedy worked a lot to provide for her. Zoey also had it rough at school with being constantly picked on and always See More▼ felt alone, but she could always look up to her mother until the zombies had attacked her and her mother. Ellie was bitten and wished not to turn and Zoey was forced to put her out of her mother's misery.
reply
Subscribe
on June 15, 2017
Report

DarkEssence0267 has become a member of the page

Surviving the zombie outbreak can be challenging. Are you up to the task, or are you another victim?
0 subscribers 2 members profile pageby DragonLance103
on June 15, 2017 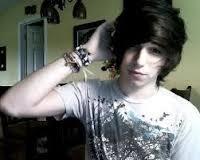 DragonLance103
Jk man, don't take me seriously haha!
Just...include an age for us man, it'd be much appreciated! XD
on August 05, 2015
Report

DragonLance103
This has to be THE most complete backstory I've ever seen before!
I feel like I personally know him already, and we haven't even RPed yet!
We'd totally be best friends if he were real XD
on August 05, 2015
Report

Growing up in Riverside, Riverside High is yet another stepping stone in kids lives before they go on to do bigger and better things. However, the school itself holds some dark secrets between senior staff members that seem a b...
13 subscribers 3 members fully opened profile pageby DragonLance103
on August 05, 2015

Elleyd
true true but i cant just b the uncle i have to b the GAY uncle xD
on July 27, 2015
Report

DragonLance103 to DarkEssence0267
If you ever feel depressed or feel like everyone hates you, just remember. I don't hate you. And I bet a bunch of others do to. You are loved.
Send This To Whoever You Are Willing To Help Through Any Rough Times
~Started By DerpytheGreatandPowerful
reply
Subscribe
on October 24, 2014
Report

RoseHeart to DarkEssence0267
If you ever feel depressed or feel like everyone hates you, just remember. I don't hate you. And I bet a bunch of others do to. You are loved.
Send This To Whoever You Are Willing To Help Through Any Rough Times
~Started By DerpytheGreatandPowerful
reply
Subscribe
on October 22, 2014
Report 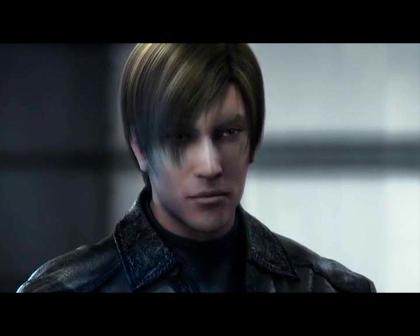