Just rewritting this story because i found a script and can now actually be more accurate! none of the characters in this story are mine except for Kiara and sorry if its cringey! i'm not doing every single detail so sorry if i forget any lines cause this actually takes a while to write as it is and also not all parts i do are in the game

One year ago
It was a stormy night when a group of friends at the washington's lodge were playing a prank on Hannah, Kiara's best friend and Beth's sister.

The friends left a note for Hannah on the counter in the kitchen to read "omg! i can't believe you actually did this!" Emily said  "shh..shh...shh..." Jessica hushed her. "don't you guys think this is a little bit cruel?" sam asked feeling guilty. "oh come on she deserves it" jessica exclaimed.

"its not her fault that she has a huge crush on mike-" sam said but was interrupted by Jessica "Hannah's been making the moves i'm just looking out for my girl em." Jessica sad as she walked out the kitchen the others following her.

"Just because he's class Prez doesn't mean he belongs to everyone... Mike is my man." Emily said and mike scoffed "hey, em i'm nobody's man!" he said and emily just smirked "whatever you day darling!" she replied as they all went to the guest room, except sam who went to go find Hannah to try and warn her about the prank.

In the other room, Ashley laughs as she crouches behind a partition, Matt hides inside the cabinets, and Jess and Emily hide under the bed, while Mike waits for Hannah in the room. Emily and Jess giggle under the bed. "oop! she's here...shh." emily whispered.

Hannah then entered the room holding a candle "mike? its hannah!" she said smiling a little. mike smirked "hey hannah" he said.

Beth and Kiara were looking out the window when they saw someone leave outside "hey did you see that?" Beth asked kiara and kiara nodded "dad said it'd just be us this weekened" she said and Kiara looked at Josh who was passed out from drinking and smiled slightly.

As beth made her way around the counter, she saw Josh had drinken and patted him on the back "once again brother you've outdone us all!" she said and put the bottle down before reading the note on the counter for Hannah. "oh my god what did our naive sister get into now?" Beth asked Josh even tho he was passed out.

"i got your note" Hannah said to mike "glad you could make it" he said and Hannah just smiled. "Maybe we should start with a little, you know, making out, and see where it goes from there." Hannah slightly nodded and began to take off her blouse. mike smirked "ohhhh hell yea" he whispered to himself.

"oh my god she's taking her shirt off!" Jessica said and Hannah noticed "what? oh my god!" she said afraid as everyone came out of hiding. "matt? what are you doing here?" Hannah said and mike felt a little guilty "uh im sorry hannah this got out of hand but..." he said as sam enters.

"Hannah! Hannah  hey honey  don't...its just a..." sam began to say before hannah cut her off "mike!.." she said before exiting the room and leaving the lodge "stupid prank...." sam finished her sentence. "uh damn!" mike said to himself as sam turned to the friends "you guys are jerks you know that?" she said and walked out the door to look for Hannah.

Beth and Kiara look out the window to see hannah walking outside, they both looked at each other and Beth quickly grabbed her coat and ran outside while kiara tried to wake up Josh.

Beth runs to the main door of the lodge "guys theres some one outside!" she exclaims before seeing evryone outside "what the hell.." she says to herself as she walks out there.  "where's my sister going?" Beth asked.

"ugh its fine she just can't take a joke!" Jessica exclaimed "it was just a prank han..." Emiky said trying to be reassuring. "what did you do?!?" Beth began to get angry. "we were just messing around beth... it wasnt serious" mike tried to explain "you jerks!!!" beth said and ran off to get her sister!

Josh had finally woken up and Kiara told him that his sisters ran off and that their friends pulled a prank on Hannah and he didnt seem very happy to hear that at all.

Beth's p.o.v:
"you jerks!!!" i said to my friends who played a prank on my sister and ran off to go find her. I was running and jumoed down from the ledge i approached and came across 2 paths, i heard a noise from the right side and there were footprints on the left side. i decided to follow the noise and came across 2 more paths but i saw a shadow on the right and decided to follow it.
i stopped to turn on my phone flashlight and when i did i began to walk around calling for Hannah. As i walked a deer came out of nowhere and scared the shit out of me, but i kept walking still calling for Hannah and looking.
Out of nowhere there was fire coming from a ledge and a male screaming "what the hell?" i said to myself and finally saw my sister sitting in the snow. "omg Hannah! you must be freezing!" I ran to Hannah and gave her my coat.
"i'm such an idiot! i'm so dumb" i heard Hannah say and before i could say anything, we heard a screech and quickly ran. As we reach a bridge, my sister tripped and I ran back to help her up, before we continued to run.
We come to a cliff and look at the thing chasing us "oh jesus christ!" i say as me and Hannah back up scared to death. "no" i say "no! shit! get..back!" i continue saying. "fúck" i scream as Hannah falls off the edge pulling me with since we were holding hands, but i managed to grab onto a branch.
There was fire above us and a man leaned down and offered to try and help but i couldn't let go of my sister and i definetly didnt wanna die, suddenly the branch breaks and the man tried to catch my hand but failed as my sister and i fell, i hit a rock and everything went black and i never woke up.
Join Qfeast to read the entire story!
Sign In. It is absolutely free!
5.0
Please Rate:
5.0 out of 5 from 3 users

justmejay
whoah that is long
reply
Report
on January 20 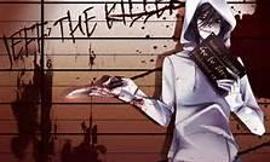 Your Addiction With Jeff the Killer

You are a young girl who is about 12, with a addiction to Jeff the Killer. Th...
21 reads 10 readers 0 by creepypastaJEFFlover 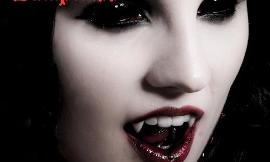 Her eyes, black as night, bored into his soul. He stared at her inquisitively...
17 reads 6 readers 1 by Mcdazzle2000 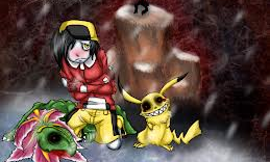 Read at your own risk people who love pokemon. This is gonna ruin your childh...
126 reads 17 readers 3 by Icekiller46 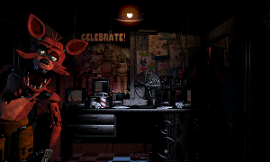 My friends and me at freddy fazbears pizza.

Yes this is based off of the game but this is off of FNAF2 I do now own these...
124 reads 35 readers 4 by Noescaping 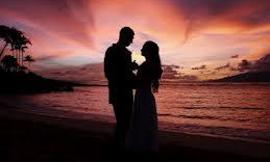 to death do we part~ THEY MUST DIE!! 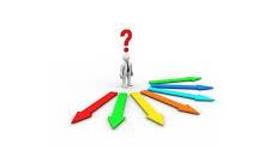 Me and my cousin just decided to do this. The following contains scenes that ...
117 reads 45 readers 11 by Masubii_Chan

FNAF songs I love FNAF and I'm making this book for awesome songs tell me mor...
17 reads 16 readers 6 by ArtGoddess

I didn't make this I copy it ok people I just want a story for this I plan to...
11 reads 11 readers 1 by Snakeninja