I like DreamWasTaken and GeorgeNotFound and since Dream keeps Simping George I think it's time to make a DreamNotFound fan-fic.

One day Dream was playing Minecraft with SapNap and they were playing bed wars and there was this other person on their team called GeorgNotFound. While playing the game Dream decided to invite George to their Discord to chat with him. Soon after a couple of rounds of PvP with each other, they all became friends. After a few months, they all decided to do a Manhunt on Dream. Dream was very skilled in Minecraft and knows how to parkour on wooden boats on...LAVA! There were many problems and solutions that happened during this Manhunt be still in the end dream won and defeated the Ender Dragon. It was a two hunter vs one speedrunner and he still won with two hunters. A couple of months after the first Manhunt the Dream Team (That’s what Dream, SapNap, and George are called now) Met BadBoyHalo.
Join Qfeast to read the entire story!
Sign In. It is absolutely free!
5.0
Please Rate:
5.0 out of 5 from 1 user 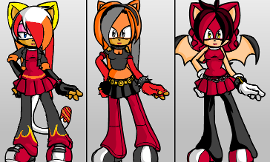 3 Dauntless-born initiates and best friends are currently in initiation, but ...
30 reads 16 readers 2 by JustineTheCat 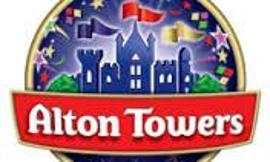 Alton Towers is the best theme park ever... There are lots of diffrent rides ...
10 reads 5 readers 5 by rennie.kray 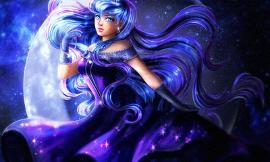 Luna made her choice, her life though is another matter will she go through w...
7 reads 6 readers 7 by Bri.DROWNED 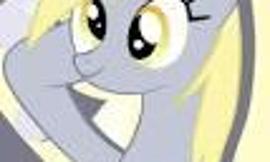 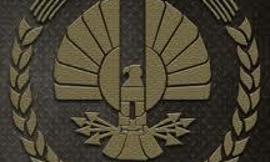 If you haven't read The Capitol Games Part One then please don't read this ye...
83 reads 13 readers 18 by MockingjayDistrict 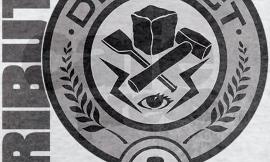 This story is about clove and cato when they were little kids and they have ...
11 reads 11 readers 3 by simclove 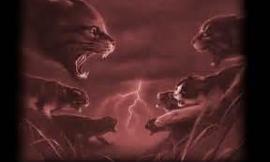 Stonefeather has gotten the prophecy, he knows what he has to do, defeat the ...
40 reads 5 readers 3 by Newskitty 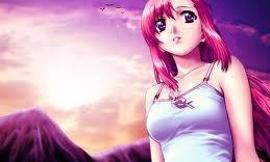 Just as Jada thought her life was getting good it got bad!Now that her parent...
35 reads 31 readers 7 by alwaysthebest

This is a spoof creepypasta. I made it just for fun and have no intention of it being taken seriously, but if you have any questions about the character, feel free to ask away. This was actually already originally written on Se...
2 reads 2 readers 0 by Yuzu_Senpai

A maternal insult, also referred to as a "Yo mama" joke, is a reference to a person's mother through the use of phrases such as "your mother" or other regional variants, frequently used to insult the target by way of their moth...
6 reads 5 readers 1 by propaganda

Look at the title. Yep, songs I wrote. They aren't the best but i try okay?
10 reads 8 readers 2 by Yuzu_Senpai

Till Death Do Us Part || A story by Emoangel28

Read as 6 friends grow up and discover new things and feelings like love and heartbreak.
3 reads 3 readers 0 by emoangel28

My brain kept me up past 1 in the morning going over all the fictional crushes I had all the way back to when I was 5. So enjoy this weirdness, and hey, maybe you might know some of these characters!
6 reads 5 readers 1 by Yuzu_Senpai

The Healing of the Storms

This a poem/ song lyrics book. Expressing my feelings in words so u can all understand
4 reads 4 readers 0 by Jane_The_Killer1

Yes, I made another one cuz I couldn't help myself 😂 I guess I just love the character too much. WARNING: There is swearing in this. so if you don't like it then SUCK IT UP AND BE A MAN! (or woman, it don't matter)
6 reads 6 readers 0 by Yuzu_Senpai

My Life in a nutshell

yep, read the title. that's what it's about. read on if you so dare to
16 reads 9 readers 0 by Yuzu_Senpai

Im purple girl! Im making maddie afton/willheart marry Michael she asked for it and i finished the book so ya go check the last chapter out >:3 i trolled you madison afton
14 reads 5 readers 5 by lillyafton

This is a rewrite of my creepypasta character's origin. I had originally planned on having her origin be part of a series i was making (inspired by I Eat Pasta For Breakfast on Deviantart). I do still plan to put it in the seri...
6 reads 4 readers 1 by Yuzu_Senpai

None of the characters belong to me Except Nessa, Bliss, and Midnight. They ARE NOT CANNON! They are just characters that I thought of designed and loved. Anyway, this story is about Nessa, Midnight, and Bliss. they are 13 when...
1 read 1 reader 0 by Kingdom_hearts_kairi

Hello. This is a story based on a true story, So a lot of things in here have happened in REAL LIFE. But there are also some things that didnt. I'll add a new chpater every once in awhile so pay attention! please enjoy!
12 reads 8 readers 4 by BlueTheQuizWhiz97

It’s in the title okay? You really don’t have to read this. Only the people who actually care about me would read this.
11 reads 7 readers 19 by Your.local.idiot

Essay the i made for my class just really random it kinda weirda most of them are from 7th and 8th. I suck at writing so enjoy!!
19 reads 8 readers 5 by weird_animegirl

This is about a girl known as 'The Shadow' she is a kille...
9 reads 8 readers 0 by Silver_Moon

This is a rewrite of my creepypasta character's origin. I...
6 reads 4 readers 1 by Yuzu_Senpai