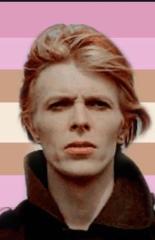 4quizzes31stories27polls60pages
this account is up for deletion
i’m almost an adult now and i’m applying for college, i don’t use it anymore and i need to stop coming here LOL
my instagram is @breawestt

jarethgetspegged
i’m trying to leave and i haven’t posted in a week but i’m breaking that streak to tell you guys that i was playing guitar in a music store and this guy came up to me and we talked about music and i said i covered space oddity in a festival once and we ended up playing it in the music store together, he played keyboard and i played guitar and sang and afterwards he said i passed my audition. so like. i’m now a singer in a band.
reply

davyjonesbathwater
brea life updates again!! i was supposed to leave for good but i like doing these little updates!
currently in florida. was on a band field trip to disney and, but the first day of it i found out that i’m actually the child of my ‘aunt’. and my dad is some random old guy i don’t know. my aunt/mother is also dead soooo. getting the message from my biological See More▼ father in full detail was unsettling especially on a 21 hour bus ride. ended up going home halfway through the trip.
got some new record and crystals. very cool. one of the statement pieces i got was this beautiful natural citrine point from the urul mountains in russia, real cool thing i think.
i also think i might’ve met my soulmate. we get along super well and according to my astrology studies our charts work together perfectly.
so that’s the brea life update for today.
on February 21
Report

davyjonesbathwater
@i.luv_seiko.shinohara_100 @Lightstriker195 @McWater last update for a while hopefully since i’m avoiding this website but this is huge. last night i received my letter of acceptance for columbia, and was offered a merit scholarship that will pay off half of my tuition. in fall i should be starting my first year as a music major at my dream school in the city See More▼ i fell in love with sophomore year.
work hard in school guys. i know it’s hard, and high school sucks but trust me. this is one of the best things that’s ever happened to me.
also guys. befriend the goofy awkward guys who have never felt the touch of a woman. ;) and thank me later
on February 02
Report

Wisperton
Yeah it sucks I fell so out of touch with people on this site. I hope things are going well.

I have a lot of mixed feelings about coming back here, but thought I'd reach out and see what old friends I could find
on February 01
Report
There are 10 more comments. Show ▼
Subscribe
on August 26, 2021
Report

jarethgetspegged
journaling is so fun
reply
Subscribe
on August 17, 2021
Report

jarethgetspegged
i love watching bowie interviews bc he’s either so chill and just joking around playfully the whole time or he’s completely losing his mind.
there is no in betweenz
reply
Subscribe
on August 16, 2021
Report

jarethgetspegged
i hate mfs who unironically say pog in 2021
reply

jarethgetspegged
me ten minutes ago, writing a letter in my journal to the girl i like, drawing a picture of her covered in orange and pink flowers: 💔🏳️‍🌈👩‍❤️‍💋‍👩
me on the phone with my friend now, making plans to have a movie party for no reason like it’s nobody’s birthday and we’re just gonna watch a shit ton of jim henson movies
reply
Subscribe
on August 16, 2021
Report

jarethgetspegged
also might i add that the cancel culture post abt how it only affects white males is specifically CIS white males.
people still try to cancel a bowie for “being a nazi” when his beliefs didn’t line up with nazism at all and the supposed “nazi claims” were things he said while out of his mind on coke.
yet they defend cavetown??
i don’t think either of them should be cancelled because it happened so long ago+they apologized profusely but like??????
if you’re obsessed with holding See More▼ a dead man accountable for coke blabber that came out of his mouth during the same time period when he was seeing bodies fall from the sky and storing his pee in jars but refuse to acknowledge the comments cavetown made, you are picking favorites.
reply
Subscribe
on August 16, 2021
Report

jarethgetspegged
ppl r trying to gatekeep the EVIL EYE now what
it’s literally used in like 40% or all religions?????
if you know what it means and don’t just wear it for the aesthetic it’s literally fine. islamic and jewish ppl aren’t the only ones who can use it, it’s not a closed practice
reply

jarethgetspegged
i got sun poisoning last week and now it’s peeling off only it was like
a full second degree burn so it’s so much skin and it hurts
reply
Subscribe
on August 16, 2021
Report 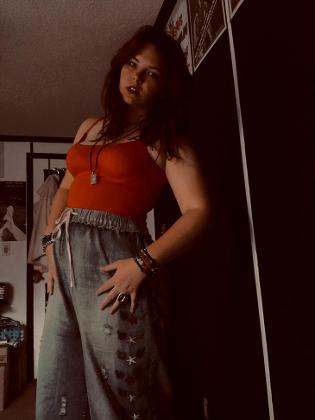 jarethgetspegged
wait is i’m afraid of americans sorta abt homophobia or am i just overthinking it
idk but the fact the bowie was hatecrimed in america for being queer + the part in the song that’s like “johnny wants to suck on the cock//johnny wants a woman//johnny wants to think of her junk//johnny’s in america” definitely seems like it’d talking abt being bisexual in america
reply
Subscribe
on August 14, 2021
Report

jarethgetspegged
hot take: cancel culture only works when it’s white men.
the fact that cardi b admitted to drugging and robbing ppl and is still considered an icon says a LOT
reply
Subscribe
on August 14, 2021
Report

jarethgetspegged
do i love bowie’s soul train performance? (can you even call that a performance????) yeah.
he was gorgeous. but it’s also such an extreme example of the shit he went through during those times.
believe it or not, particular in the early days of his career, bowie was EXTREMELY anxious. even without the severe paranoia that his drug use caused, he was so nervous so often. he’s spoken about his stage fright, and how his stage personas are a coping mechanism to help him with his See More▼ anxiety. naturally, the stress of being the second white man on soul train (the first being elton john) was too much for his nervous little mind, and he panicked and did some coke to try to take the edge off. of course, doing cocaine just made him even more nervous so he tried to get drunk to calm down. somebody screamed at him backstage for using all of the substances and that just freaked him out even more. he was so nervous and drunk and high that he forgot the lyrics to his own song and ended up having to lip sync. it took four tries for him to do it well enough and even the final performance is just him stumbling around the stage and lip singing clumsily.
plus, the host had him answer questions from the audience and the entire time he was just mumbling at the ground half/consciously.
the host literally had to stop him from talking because he was too worried for him.
reply
Subscribe
on August 14, 2021
Report

jarethgetspegged uploaded a photo
absolutely losing my shit over this picture 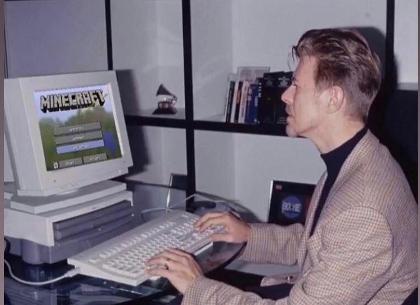 jarethgetspegged
me: i’m gonna start journaling whatever’s on my mind
my mind: cute girl guitar playing constant state of panic cute girl david bowie toaster i have too much malachite my heart chakra is orgasming i want coffee how do i do math
reply
Subscribe
on August 13, 2021
Report

jarethgetspegged
someone on instagram literally has “jareths butt plug” in their bio. is this a universal thing now????
reply
Subscribe
on August 13, 2021
Report

jarethgetspegged
i’m doing so well tbh. it’s my senior year which is nice. i get a lot of senior privileges. i’m taking music theory finally, which i’ve wanted to do since freshman year.
i’m also going to take up art journaling and try to write some more songs. i plan on going to the shopping center this weekend to find a cute journal (either from the crystal store or the bookstore) and some cute pens.
also also got the CUTEST first day of school for planned out. it’s so nice, it’s this lace See More▼ shirt with a cinched waist and loose sleeves. and then i’ll wear it with my baggy embroidered 70s inspired jeans and either converse or platforms. and i’m gonna wear lots of jewelry too; i’ve got malachite bracelets, carnelian bracelets, lots of different crystal pendants to pick from, my nazar protection amulet, i’ll try to find some rings somewhere.
i’m feeling way more confident after camp too! i have a tan now, granted its super ugly tan lines but hey. it’s a tan. i’ve also lost some weight, at least enough to be noticeably thinner.
i’m currently in the process of cleaning my room. i got a new shelf for my records, books CD player, record player, and crystals.
speaking of books i’ve gotten way more into reading and i’m planning on cutting back on social media to read and live more. it’s weird honestly. i used to hate reading but now i do it in my free time.
i’m also planning on working on my spiritual self. i’m trying to balance out my chakras, meditate more, do extensive tarot readings, and get more in touch with myself spiritually.
plus i’ve really been working on my relationships with other people too!! i’ve got plenty of new freshmen friends. the incoming freshmen really like me, which makes me so happy— i used to be a super mean person and i was just...generally very unpleasant to be around. but that’s apparently changed. today a freshman told me that i’m one of her favorite seniors. i also think, that after years of bickering and stupid arguments, i’ve managed to befriend someone who i once considered my #1 enemy.
remember isaiah?? that one kid i hated bc he got drum major?? we’ve been talking and he’s actually so cool and funny. we have super similar music tastes. he loves the beatles and has a super cool style. we also deez nuts one another on almost daily basis. i’m happy we’ve come to terms with eachother.
reply